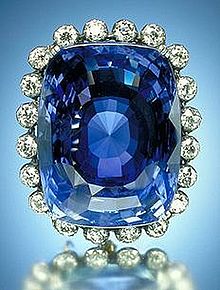 Produced by, it ran from 1979 to 1982 on the network. The series was created by who conceived the programme under the working title The Time Menders, after a stay in an allegedly haunted castle. Hammond also wrote all the stories except for the fifth, which was co-written by and. From 2005 to 2008, Sapphire and Steel returned in a series of audio dramas produced by, starring and as the titular Steel and Sapphire.

Sapphire & Steel of the first adventure One novelisation of the series was released. The first story of the series was released by Star Books in 1979 and was written by Peter J. Words to mr golden sun song. A two-page coloured Sapphire & Steel picture strip, written by and drawn by, appeared in the magazine. It ran for a total of 76 issues from 1979-1981 – with a break of 13 issues between runs – and formed 14 untitled stories.

It would appear that Ranson used photographs of Joanna Lumley and David McCallum from the first television adventure for reference, as Sapphire and Steel are almost always depicted wearing the outfits from this story. In the third story, Lead makes a cameo appearance and displays a further power: turning British soldiers from the Napoleonic War into miniature (and presumably lead) toy soldiers. However, the picture strip version of Lead – though depicted as a powerfully built black man – was not based upon Val Pringle who played the part on television; it can only be assumed that Ranson had very little in the way of photographic reference material in this case. In addition, a one-off Sapphire & Steel text story titled The Albatross was published in the 1981 Look-In Annual. This was illustrated in black and white by Arthur Ranson.

The first and only Sapphire & Steel Annual was published in late 1980 by World International Publishing Ltd. At £1.95, and featured a number of text stories and features. The front cover used the same photograph as that on P.J. Hammond's 1979 Star Books novelisation of Adventure One. Hammond did not write the stories for Sapphire & Steel Annual 1981, but he was sent proofs to read in advance of publication. His only reservations with the stories were that Sapphire and Steel were able to move back in time, which he felt tended to contradict the premise set in the television series that Time was only allowed to break into the present day.

However, this did not worry Hammond too much as, like Look-In, the Annual was aimed at younger readers. Home media/DVD Release [ ] The series was released twice on Video during the 1990s, with each serial available separately as a single or double-cassette set. Stories were labelled 'Adventure' in the first releases (in lieu of story titles) and 'Assignment' for the second release. In 2002, the series was released for the first time on DVD, in the UK. Originally, it was released as two box-sets, with the first three stories on one (20 episodes) and the final three on the other (14 episodes).