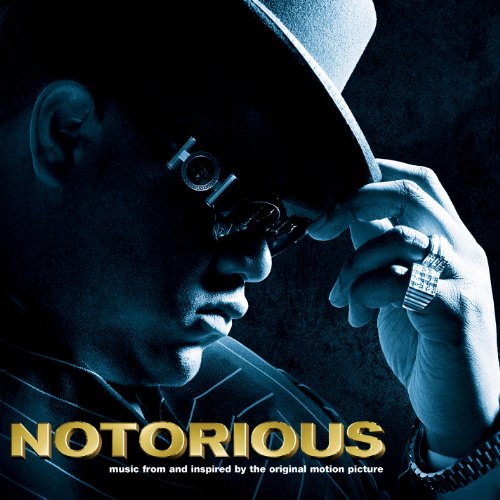 In 2005, Sean 'Puffy' Combs convinced the other executives at his record label, Bad Boy Records, that releasing a second posthumous Biggie Smalls album, one padded with guest appearances, newfangled production techniques, and recycled verses, would somehow make them some extra Christmas spending cash. What started as a heated board meeting quickly turned into a wrestling match, with Harve 'Joe Hooker' Pierre knocked unconscious and rapper G-Dep forced to hold the chair that Puff Daddy had broken over the man's head. Then, everybody in the room decided an impromptu vacation was in order, and they were next seen a few hours later, knocking back drinks at the Gallagher's inside the New York New York in Las Vegas. (All I can say is, that pizza place right outside of Gallagher's is fucking amazing.) And, somehow, was born. Obviously, The Notorious B.I.G.

Had been dead for several years at this point, and unlike his afterlife golf buddy Tupac Shakur, Biggie didn't have several closets full of unreleased material. His first posthumous disc, Born Again, pretty much used up most of his rare verses, setting them against ineffective instrumentals and alongside guests that Biggie never got a chance to work with in his lifetime, such as Ice Cube, Snoop Dogg, and, um, Lil' Wayne.

So Puffy had the bright idea of taking some of his older songs (the ones that people actually liked) and, pulling one verse from hither and another from dither, created Frankensongs from the ether, coercing established artists (and employees at his label) to provide guest spots at very nominal fees, lest those blackmail photographs of Jay-Z, T.I., and Eminem at the last Republican National Convention leak to the liberal press. Was marketed as the final 'tribute' album to Biggie Smalls, news which caused the general public to collectively wipe the sweat from their brows. It sold moderately well (although its first week sales were eclipsed by those of Jamie Foxx and a Teletubbies exercise video), but was trashed in the press. I also don't know anybody who both (a) loves and appreciates music and (b) owns this stupid fucking album. LIVE IN JAMAICA (INTRO) I actually shouted at my computer, telling this intro to hurry the fuck up and introduce Biggie already. That's how annoying this shit is. Which is never a good sign.

IT HAS BEEN SAID (FEAT EMINEM, OBIE TRICE, & DIDDY) Kind of ironic that Eminem would trash-talk those who piggyback off of 2Pac and Biggie's respective legacies. Two of the main offenders, Sean Combs and Marshall himself, appear on this very track.

This also isn't much of a “duet”, as Biggie only provides ad libs from either the grave or from an entirely different song, making this a boring-ass tribute song. Obie, Eminem's former employee, at least tries to display some sort of authentic feeling, even though the chances that Biggie would have worked with him in real life are pretty fucking slim (no pun intended). SPIT YOUR GAME (FEAT TWISTA & KRAYZIE BONE) The original “Notorious Thugs”, featuring Bone Thugs-N-Harmony, didn't deserve to be raped and pillaged to this degree. Swizz Beats should be dragged out into the street and beaten in front of his mother for creating this bullshit. Twista's verse would have sounded better if it were included on a different project altogether, and although Krayzie Bone, who appeared on the original, was game enough to cash a check for this track, this song is so frustrating that it will make you want to slit the throat and wrists of hip hop. (Apparently there's also a remix to this godawful track that tacks on then-new Bad Boy Records labelmates Eightball & MJG at the end, and they didn't get the speed-rap memo, as they spit in the same Southern drawl that won them fans, earning them a shitload of criticism. Not from me, though: I don't give enough of a fuck to locate that version of the song.) 4.

WHATCHU WANT (FEAT JAY-Z) Contains some Biggie verses that only diehards would be familiar with, so that's a plus. Danja, a producer who's been programming Timbaland's beats for the past few years, creates an instrumental that actually works for today's audience. The song falls the fuck apart once Shawn Carter takes to the mic, though, which is strange, since Jay-Z actually worked alongside Biggie many times throughout his career. Maybe he hadn't yet gotten his groove back. (You see, just because I'm a Jay-Z stan doesn't mean the guy gets a free pass.) 5. GET YOUR GRIND ON (FEAT BIG PUNISHER, FREEWAY, & FAT JOE) All kinds of morbid, as Biggie had already passed when Pun hit it big. So all this track is missing is cameos from 2Pac, Freaky Tah, Big L, Eazy-E, and every other dead rapper ever.