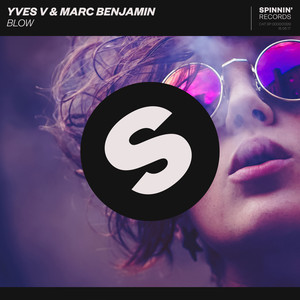 I've been reading an excellent history of Stax records which lead me to dig out this Rhino set. From the book I've learned that Sam and Dave were never really a Stax act, they were always signed to Atlantic and only 'on loan' to Stax. This became another of the deep wounds Stax suffered when they split from Atlantic subsequent to the sale of that label to Warner Brothers. The distribution agreement between Stax and Atlantic had been a handshake deal between Jim Stewart and Jerry Wexler until 1965. During the period when Stax had just discovered their breakout star in Otis Redding and Wexler was bringing his new singer Wilson Pickett to Memphis, it was decided to finally formalize and put to print the deal which had been in place for years.

Stewart viewed this as a move to protect Stax's interests against any upheavals at the larger label and his main goal was to include a 'key man' clause that let him escape the deal should Wexler's position change. Wexler brought the contract with him when he brought Pickett to Stax and after checking that the base terms were unchanged and the key man clause was included, Stewart and, allegedly, Wexler both signed the contract without actually reading the entire 13 page document. Are you hearing some ominous chords in the background?

The first Pickett session produced Midnight Hour amongst other hits and shortly thereafter, Wexler sent his newly signed duo Sam & Dave to Memphis, much to their dismay as both had assumed that they would be in the big New York studios. It took a few sessions to convince them they were in the right place after all. The rest of 1965 through 1966 and most of 1967 things went well for both labels, despite the difficult blowup over Pickett's second visit to Stax when he behaved so badly that Stewart told Wexler to never bring him to Stax again.

Wexler ended up taking Wilson to Muscle Shoals and, unfortunately for Stax, he took his next star Aretha there as well. Otis Redding and Sam & Dave were, however, enjoying great success so while there were some bad feelings in the pot, overall things were still cooking for both labels. In December of 1967 Redding took a break from a period of furious writing and recording to do a small tour to fulfill some obligations, but was expected back at Stax the following week to continue the roll he was on. After a show in Cleveland, Ohio Otis and his new teenage band the Bar-kays were flying to Milwaukee in Redding's new plane. He had just bought a larger one so that the band could fly with him. The plane crashed into a small lake near Milwaukee, only one of the Bar-kays survived.

While all of Stax was still reeling from the loss of Otis and the group of talented teenagers who had nearly grown up in their studios, news came that Atlantic was being purchased by Warner Brothers. Stewart felt reasonably secure with his key man clause, so when Atlantic/Warner came up with a low-ball offer to acquire Stax as well, he refused and invoked the clause to gain Stax's freedom. It was near the end of those negotiations that Wexler dropped twin bombs that put Stax's future in doubt. First he informed them that Atlantic was taking Sam & Dave back (now they had lost their two biggest acts) and it was also revealed that Atlantic's lawyers had buried two clauses in the distribution agreement that gave Atlantic ownership of the masters to every record they had ever distributed for Stax, even retroactive to the deal; essentially the entire catalog of the label. Stax had done all the work, spent all their own money on the recordings and Wexler's shyster lawyers had stolen all of it. To this day Wexler claims to have known nothing about the clauses and says that both he and Ahmet Ertegun attempted to intercede in Stax's behalf and implore Warner Brothers to return the masters, but to no avail. Somehow their behavior in making the low-ball offer to acquire Stax gives lie to that claim as it seems clear that they knew of the clauses during the negotiations and didn't reveal the truth until Stewart refused their offer.

It is one of the worst stories of corporate greed that has ever been perpetrated in the record industry.