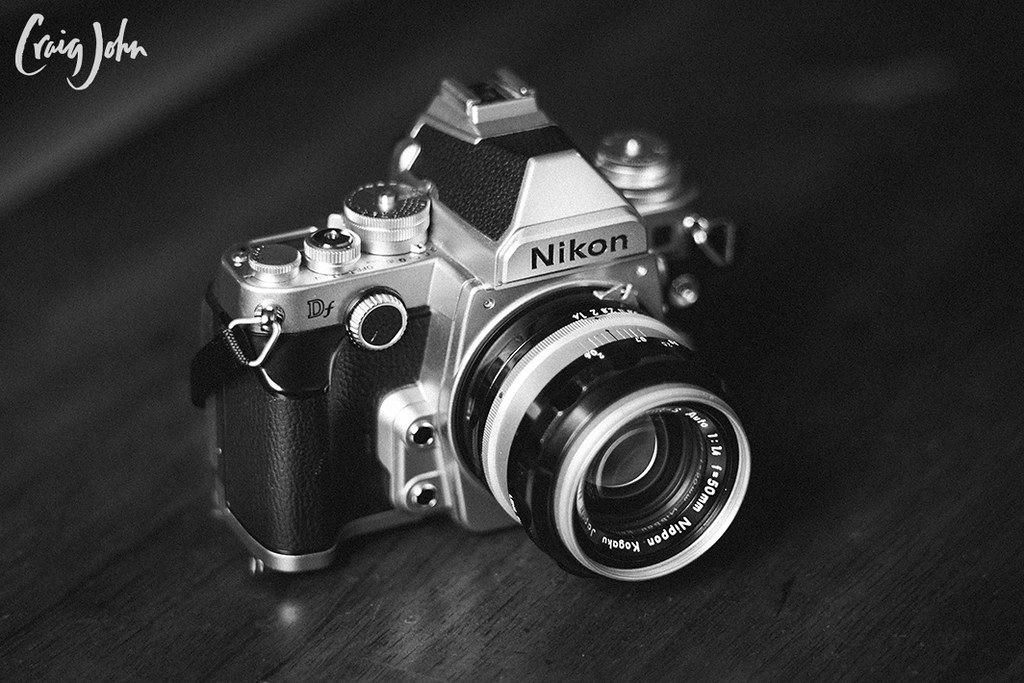 Surprisingly, this early version of the Nikon AF Nikkor 50 mm f/1.8s sold quite well in numbers those days. I guess that could be summarized into few reasons. Recommended links to understand more technical details related to the Nikkor F-mount and production Serial Number: http.

I'm thinking of getting a Nikkor-S 55/1.2 to use on my Canon EOS 5DII body (with an adpater, of course), and I have a couple of questions. First, is the Nikkor-S the only version of the 55/1.2 that Nikon made, or are there other versions? The reason I'm asking is that there seems to be quite a bit of maligning of the IQ of the 55/1.2 on the net, but I'm not sure whether this pertains to the Nikkor-S. Second, how is the IQ of the lens, both wide open and stopped down? I've heard everthing from 'outstanding' to 'poor.' Thanks in advance for any elucidation of these matters. Wide open contrast is low, with a lot of veiling flare overlaying a moderately sharp image, giving a slight soft-focus look.

Thanks, gentlemen. I really appreciate the insight. And there's nothing like good, healthy controversy over lenses. The reason I'm considering the Nikkor-S is that I'd like an f/1.2 normal prime for my 5DII, but am reluctant to shell out close to $2000 for the EF 50/1.2 L (which is apparently only a mediocre performer, anyway).

Since a Nikkor-S with pristine glass has come available here locally, I thought this might be a good time to start my foray into the world of Nikon. (I have mainly used Canon FD and EOS lenses up to now, and, while I do have several top-drawer FD lenses, including both the Aspherical and L versions of the 50/55 and 85, we all know that these superb lenses are nearly useless on EOS bodies). I realize that it's not a general purpose lens; I'll keep my EF 50/1.4 for that. Mark, You can look as well after a Nikkor 50/1.2 AI(S).

While 55/1.2 is not a bad lens I think 50/1.2 is slightly superior. I like my copy even wide open (hard to focus.) but in an unscientific tests I did, involving a bunch of MF and AF 50s from Nikon compared at f2. Believe me or not 50/1.2 is clearly the winner. In terms of sharpness, contrast, color rendition and bokeh. I'm not sure about this but I think that 50/1.2 is the oldest Nikkor still in production. I really hope that Nikon will upgrade it to AF-S but not at the price tag of 24/35/85 f1.4 primes. Opnet modeler 14.5 free download.

Thanks for the further insight. You guys are even more knowledgeable about Nikkor lenses than the guys over in the Canon FD forum are about FD glass. It's interesting that the lens has only seven aperture blades. All of the premium FD lenses of the time had at eight or nine. It's also interesting that Nikon was slower to start using aspherical elements than Canon, which is a reversal of the usual causal relationship of 'Nikon develops and Canon copies.' I'm well aware that large aperture normal primes do not generally produce the most pleasing bokeh.

For example, the FD 55/1.2 SSC Aspherical, which is considered to be one of the finest normal primes ever made, has relatively harsh bokeh. However, the bokeh of the later FD 50/1.2 L is very smooth. AFAIK the only Nikkor MF standard prime using an aspherical element was the rare and expensive Noct-Nikkor 58mm f/1.2. The 55mm f/1.2 Nikkor S (the S being short for septem, Latin for seven, which indicates the number of elements in the lens) is a nice lens. I have the slightly later S-C multicoated version. Its wide-open quality is something to behold. It can do sharp, but only in a very tiny slice of the image, anything just off focus gains a nice radiant halo around it, especially the white or brighter parts of the picture.