This is a story about a sports broadcaster later turned morning talk show host Danny Tanner and his three little girls, D.J. (Donna Jo), Stephanie and Michelle Tanner. Before the show begins, Danny Tanner's wife is killed by a drunk driver.

So he needs help raising his three little girls. He asks his rock musician brother-in-law, Jesse Katsopolis, and his comedian best friend, Joey Gladstone, to move in with them. As the show goes on, Jesse gets married to Rebecca Donaldson, Danny's co host of the talk show.

The two have kids of their own, who are twins, Alexander and Nicholas Katsopolis. However, the show is about what happens as the story is going on. I remember the days when I couldn't wait for Friday, I was just 2 years old when Full House began, but I remember for some odd reason just watching this show from day one. Full House has always brought back great memories for me, it's the one show I absolutely loved as a child and couldn't miss. I think because I always wanted to be apart of the Tanner family, they always seemed to have it together, have fun, and could solve any problem within half an hour, lol. Now, I still watch the show, I admit, it's an ultimate guilty pleasure. But I think I have a different out look on the show now.

At the time when 80's comedy shows came, it seemed like the popular thing was the single dad bit. Danny Tanner is a widowed father who has three young beautiful daughters: DJ(Donna Joe), Stephanie, and Michelle. His rock and roll brother in law, Jesse, comes to help him out having to abandon his living on the edge life style to take care of his little nieces. And Joey, Danny's life long best friend also moves in, a struggling comedian who brings a little humor and kindness to the family.

Together they all go through life and it's little problems, but shows the bright side to each one. The positives about this show is that it always had good morals, in some sick way, I think this helped me stay as a clean cut kid. 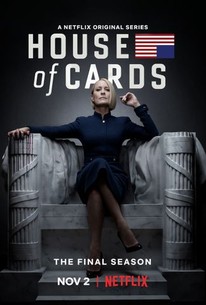 It had typical problems that a lot of people knew how to relate too, including for kids growing up. The humor was also a plus, yeah, it's a bit cheesy at times compared to today's sitcoms, but it's still in all good fun like Leave It To Beaver style. Also many people could easily love most of the characters on the show or could relate to them. I always loved Stephanie personally, she always made me laugh and just seemed like the person I'd like to be friends with. The negatives, problems were solved a little too well, where it could make you believe life was that easy, or at least you would wish it to be so. Then some of the characters got a little annoying, like Michelle, she went from a cute little baby to a spoiled brat, and the show became more about her in the later seasons, which I didn't appreciate.

Then the twins that Jesse and Rebecca had were again little brats that were more annoying than cute. But this show is a huge hit with our pop culture, it still plays on TV today. It also had major career boosts for John Stamos and of course, the Olsen twins. This is a very fun show that will always bring back awesome memories for me. I still watch it, I honestly have driven my mother insane with Full House, I probably will drive my children insane with it as well, but I can't help it, this is a fun show that I think is an honest classic. It always makes you feel good about yourself and about life, as cheesy as that sounds, you'll like it, I'm sure.